Blog - Latest News
You are here: Home1 / Audit Firm Management2 / New research: Accounting students are not generally psychopaths but some... 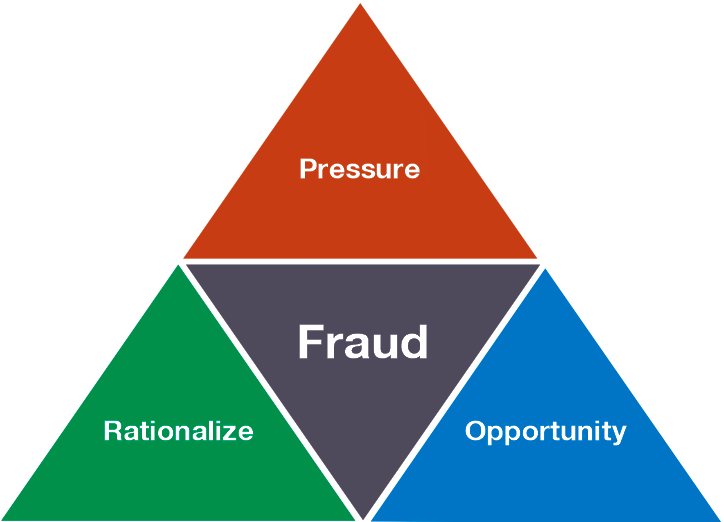 I heard Charles D. Bailey, PhD, CMA, Professor of Accounting and Jackson E. Ramsey Centennial Chair of Business at James Madison University and Editor, Journal of Forensic Accounting Research give a presentation recently on a new paper, “The Joint Effects of Narcissism and Psychopathy on Accounting Students’ Attitudes towards Unethical Professional Practices,” at the American Accounting Association annual meeting in Washington DC at the beginning of August.

I share with Professor Bailey—whom I had the pleasure of first meeting back in November of 2011 when I visited James Madison University at the invitation of Professor Tim Louwers—an interest in the “Dark Triad” — narcissism, Machiavellianism, and psychopathy. We both like to figure out what makes accountants and auditors go bad.

“Two of these traits, narcissism and psychopathy, are the most distinct, while Machiavellianism and psychopathy are difficult to disentangle in everyday life (i.e., nonclinical settings, at lower levels). Thus, the major purposes of this study are to examine their joint and separate effects on attitudes of individuals entering the accounting profession, as well as establishing benchmark levels of narcissism, while replicating the findings of Bailey (2017) concerning psychopathy and extending them to narcissism.”

Bailey believes that, to his knowledge, his is the first national sample to benchmark the level of narcissism in accounting majors. How do accounting students differ from other populations?

Westerman et al. (2012), he says, found an elevated mean score on the Narcissistic Personality Inventory for business students at a comprehensive university in the Southeast, but a lower level for psychology students, more consistent with other past studies. He says that to the extent that accounting students are typical of business students, one would also expect them to score at a higher level.

The paper is still in the working paper stage but his preliminary conclusion:

“It seems likely that narcissism is a less direct cause of unethical behavior than psychopathy. Narcissists may be more “accidental” fraudsters than “predatory” fraudsters (Dorminey et al. 2012). That is, given that they do not lack a conscience, they are less likely to intentionally set out to commit fraudulent or unethical acts. Psychopaths, however, are likely to be the criminal type where “arrogance and a criminal mindset replace the original Fraud Triangle’s antecedents of [both] pressure and rationalization” (Dorminey et al. 2012, 566).”

New academic research says accounting students are less likely to be psychopaths who will commit fraud than other majors but surprising admissions by some suggest a reason to be wary.

Accounting majors exhibit psychopathic tendencies less often than everyone else, on average, but psychopaths are pursuing accounting degrees. That’s what Charles D. Bailey, a professor of accounting at the University of Memphis, was surprised to find when he surveyed students all over the country for new research. Some students admitted to attitudes and beliefs nearly off the scale for psychopathy. Those are the students that regulators, and the profession, should be looking for when measuring the risk of fraud at companies and in audit firms, says Bailey.

About 1% of the general population, and about 4% of CEOs, could be considered clinical psychopaths, according to research by Dr. Robert Hare. The “dark triad” of personality factors also includes narcissism and Machiavellianism, which share some features with psychopathy such as self-centeredness and opportunism that can enable fraud, although psychopathy seems the most dangerous, according to Bailey.

In his working paper under consideration for publication, “Psychopathy and Accounting Students’ Attitudes towards Unethical Behaviors,” Bailey says the psychopathy scores are consistent across university grade levels, suggesting that no winnowing-out of the bad eggs occurs over time. His anonymous online survey obtained responses from 256 accounting majors at the junior, senior, and graduate level attending universities across the United States in April of 2013.

Psychopaths know right from wrong but do not care, a form of radical rationality. Psychopaths also lack a conscience. Psychopaths “do not construe personal identities in moral terms” and are unconcerned with being, or being perceived as, moral or ethical individuals, according to another study on the subject.

Accounting students self-select to be corporate watchdogs and to perform a public duty to the capital markets as external auditors and those who prepare financial disclosures for public companies. The accounting profession is now very focused on ethics training for those still in school and at the beginning of their careers, in an effort to reassert professionalism and professional skepticism in the auditing profession and to better prevent and detect corporate fraud.

Bailey’s survey has twenty-six numbered questions beginning with actions that managers might choose to take to achieve earnings management or balance sheet window-dressing, with the assumption that the incentives to do so were strong and, if the acts are questionable or illegal, the “chance of detection and punishment is very small.” These acts range from innocuous like working overtime to maximize year-end shipments to serious such as burying scrap costs, having a supplier delay billing, and postponing a necessary write-off.

Questions 9 through 24 are taken from Levenson’s Self-Reported Psychopathy Scale which measures primary psychopathy. Clinical psychopaths are likely to be criminal types where “arrogance and a criminal mindset” replace the classic Fraud Triangle requirements of pressure and rationalization before committing a crime. All the clinical psychopath needs is an opportunity.

Psychologist Jean Twenge has also written, in the books Generation Me and The Narcissism Epidemic, that narcissism, another member of the “dark triad” with a connection to accounting fraud, is increasing at an alarming rate among millennials. Those results have been disputed but the idea that millennials are narcissistic “special snowflakes” has stuck. Unlike psychopaths, narcissists have an intact conscience. However making ethical decisions requires an ability to consider the impact of your decisions on others and to the needs of others ahead of self-interest, something narcissists struggle with.

It’s what some of the participants said that Bailey thinks educators and regulators, as well as the public accounting firms, should focus on. “Research participants are willing to give frank responses to sensitive or incriminating questions when they are confident of anonymity,” he said.

A male junior, age 19, with the highest score by far of all participants, one point below the maximum psychopathy score, said he agrees strongly that …

• Success is based on survival of the fittest; I am not concerned about the losers.
• For me, what’s right is whatever I can get away with.
• In today’s world, I feel justified in doing anything I can get away with to succeed.
• My main purpose in life is getting as many goodies as I can.

Acts he considers completely acceptable include…
• Keeping $500 erroneously included in my paycheck.

Psychopathy is not just a male thing, Bailey’s paper also documents answers from young women that should make audit team members look over their shoulders. One female junior, age 26, said she disagrees strongly with the statements …

• I would be upset if my success came at someone else’s expense.
• Cheating is not justified because it is unfair to others.

She agrees somewhat that …
• For me, what’s right is whatever I can get away with.
• Making a lot of money is my most important goal.
• I let others worry about higher values; my main concern is with the bottom line.
• People who are stupid enough to get ripped off usually deserve it.
• I enjoy manipulating other people’s feelings.

New Stories about the KPMG-PCAOB Scandal Gee! No, GE!
Scroll to top