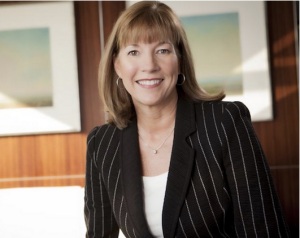 “Innovation demands risk-taking… which, in turn, entails redefining failure, stripping away its power to inhibit.” Chairman and CEO of KPMG Lynne Doughtie

On Friday June 15, while reviewing the court docket for 1:18-cr-00036 USA v. Middendorf, et al, I found an unredacted document, filed publicly by two different defense attorneys, that names the KPMG clients, and responsible partners, along with the secret consulting firm that aided KPMG’s efforts that are referred to in the criminal indictment made public on January 22 of five former KPMG executives and one former regulator for allegedly taking advantage of advance notice of regulator inspections.
See also: KPMG indictment suggests many who weren’t charged knew regulator data was stolen

KPMG’s current and prospective audit clients impacted by the scandal, and non-indicted KPMG and PCAOB personnel important to the narrative of the charges—some of whom might be considered “unindicted co-conspirators” — were given code names or disguised in the indictments and the additional SEC complaints against the individuals.

Securities and Exchange Commission Chairman Jay Clayton immediately issued a “move along, nothing to see here” statement when the charges were filed in January to specifically address concerns that KPMG audits may have to be withdrawn because of the alleged fraudulent manipulation of audit workpapers and post-audit, outside the documentation period, alteration of work papers and audit documents, to allegedly cover up errors identified by KPMG personnel based on illegal early warnings about inspections.

In matters of this type, I am also concerned about potential adverse collateral effects, including on our Main Street investors. Based on discussions with the SEC staff, I do not believe that today’s actions against these six individuals will adversely affect the ability of SEC registrants to continue to use audit reports issued by KPMG in filings with the Commission or for investors to rely upon those required reports. I do not expect that these actions will adversely affect the orderly flow of financial information to investors and the U.S. capital markets, including the filing of audited financial statements with the Commission.

Only David Middendorf, Thomas Whittle, David Britt, Cynthia Holder and and Jeffrey Wada are currently facing charges. Brian Sweet pleaded guilty to conspiracy and wire fraud charges and settled with the SEC. He is now cooperating with law enforcement. Scott Marcello, the KPMG partner who led the audit practice in the US and who was also terminated at the time the alleged scheme was originally revealed, has not been charged.

See: KPMG Takes Its Turn With a Big 4 -Sized Scandal

The remaining individuals are criminally charged with:

The public documents I found are two affidavits prepared by a postal inspector assigned to the case that support the search and seizure warrant for stored electronic communications of the accused and for hard drives, phones, SIM cards, iPads, and other hardware belonging to the accused.

The auditor of Citi, Credit Suisse and Deutsche Bank was tipped off before regulatory inspection
1:29 p.m. June 20, 2018 | By Francine McKenna

Neither the Justice Department nor the Securities and Exchange Commission, who filed similar charges in a civil cases, have ever identified the KPMG clients.

The new court document confirms an earlier MarketWatch story that concluded “Issuer-2” in the indictment was almost certainly Ambac Financial and the former KPMG executives’ actions did have a significant impact on its 2015 financial statements. The court document confirms that KPMG discovered an error in its audit of Ambac based on its alleged illegal early receipt of the PCAOB’s list of audits to be inspected in 2016.

Emails obtained during KPMG’s internal investigation of the scandal were turned over to the prosecutors in the case against the former KPMG officials. The correspondence spells out how KPMG gained an advantage over its rivals.

KPMG Spain audit partner Dabie Tsai emailed Sweet on April 6, 2016, to thank him in advance for his help in the pursuit of the BBVA audit and invite him to discuss the “two Spanish banks we discussed just now.”

Tsai provided Sweet with her personal email account and fax number “in case you want to use either.”

Shortly thereafter, the document details, Sweet used his personal account to email Tsai’s personal account and said, “Dabie, it was great chatting with you today! Attached are some examples of the types of issues that have been raised in the past.”

Attached to the email was an internal and confidential PCAOB comment form for a KPMG competitor, Deloitte Spain, and its audit of Banco Santander that discussed specific ways in which Deloitte had failed to adequately test the valuation of its allowance for loan loss at that bank. PwC won the Banco Santander audit from Deloitte in 2016.

KPMG turned to Palantir to help predict which audits would be inspected
9:47 a.m. June 26, 2018 | By Francine McKenna

According to the indictment, KPMG hired Palantir in April 2015 to assist the firm in predicting which of its engagements were likely to be inspected by the PCAOB, signing a $250,000 contract, contingent on a certain rate of success.

KPMG’s data collection initiative was led by partner John Amraen, who has not been charged by the Justice Department or the SEC.

Amraen emailed Brian Sweet in 2015, who has pleaded guilty to conspiracy and wire fraud charges and is cooperating with the government, to say what information Palantir needed.

“Thanks again for your time today,” Amraen wrote on Sept. 3, 2015, according to an email in a court filing. “The folks at Palantir were very appreciative of your forthrightness. As a reminder, we are looking for the following from you: 2015 random selections and 2015 Top 30.”

The criminal indictment says that the information requested “was also treated as highly confidential by the PCAOB, reflected the deliberative process of the PCAOB, and was never disclosed to KPMG by.the PCAOB even after KPMG was notified that those audits would be inspected.”

The model’s predictive value would improve if it was known which engagements on the list had been chosen at random versus selected based on risk factors, which also was highly confidential information.

McKenna On Buffett, Berkshire Hathaway, and Kraft Heinz
For The Auditors Nothing’s Over Until It’s Over: Or Is It?
At The University of Chicago Booth School of Business Capital Ideas Blog: Stock Options Backdating And Stress Tests
The Big 4 And Their "Global Networks"
Internal Audit At JPMorgan Chase: Not High Profile Enough Yet
An Update On The GM IPO: The Numbers Don’t Add Up

Mick Mulvaney, the CFPB and a “thing”

New research: Accounting students are not generally psychopaths but some slip...
Scroll to top