Blog - Latest News
You are here: Home1 / You Can Quote Me On That2 / SEC’s Final Pay Rules Coming Any Day: Will They Be Enough To Level... 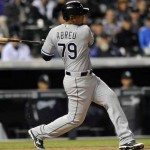 The SEC finally issued its proposal last September for Dodd-Frank mandated rules for disclosure of the gulf between CEO pay and workers’ wages. Comments were due by December 2, 2013 but it’s now July and we haven’t seen the final rules yet. I expect them any day…

Bloomberg published numbers in March of last year that measure the divide between CEO compensation and rank-and-file workers at 204, a number that represents the average multiple of CEO pay to the rest of us. The gulf between the two has grown by 20 percent since 2009, according to the Bloomberg data.

Senator Robert Menéndez [D-NJ], author of the Dodd-Frank pay ratio disclosure rule, didn’t take “not yet” for an answer when SEC Chair Mary Jo White testified before the Senate Banking Committee in late July a year ago.

Menendez told White: “I’ve been waiting for several years now.” (Me, too!)

The SEC’s eventual proposal was less demanding of corporations than originally envisioned by lawmakers. And yet, corporate-sponsored trade associations like the Center on Executive Compensation (CEC) told Bloomberg that “Accounting for country-to-country differences in wages and benefits at global companies would be costly, time-consuming and all but impossible.” A spokesperson for CEC also said the disclosures would not be “material” to investors. Other critics of the rules, including Republican SEC commissioner Dan Gallagher, believe the ratio is designed to affect board behavior rather than to inform investors.

Is that supposed to be a bad thing?

Steven Kaplan, a University of Chicago Booth School of Business professor of entrepreneurship and finance, has been saying for a long time that CEO pay is not really that high relative to the market for CEO talent. Kaplan claims CEO pay has been falling since 2000. He consistently refutes, in research papers, speeches, in quotes in major media, and in an interview for the Chicago Booth Capital Ideas “Big Question” video series what he believes are common misperceptions leading to misguided and, perhaps, primarily politically-driven regulation that he thinks is detrimental to the ability of public companies to attract and retain talent.

In an August 2012 research paper, “Executive Compensation and Corporate Governance in the U.S.: Perceptions, Facts and Challenges”, Kaplan says discussions and policy-making on CEO compensation revolve around three recurring claims: (1) CEOs are overpaid and their pay keeps increasing; (2) CEOs are not paid for performance; and (3) boards are not doing their jobs as monitors.

Kaplan refutes these contentions along with several others. First, Kaplan says that while average CEO pay increased substantially through the 1990s, it has declined since then, almost 40% since 2000. In addition, while public company CEOs are highly paid, other highly paid executives such as lawyers, private equity executives and private company CEOs with similar backgrounds and talents have done at least equally well over the last twenty years and maybe better.

Academics such as Lucien Bebchuk and Jesse Fried of Harvard Law School traditionally argue that CEO pay is evidence of managerial power or capture or the “agency” problem. The “agency” problem is the negative effects of managerial power and discretion in corporations, in particular when corporations do not have a controlling shareholder. Managers may use their discretion to benefit themselves personally rather than maximize shareholder value or even insure the ongoing viability of the corporation.

Kaplan says managerial power doesn’t explain why others who are not subject to the same level of corporate governance oversight from a board of directors have had a similar or even higher growth in pay. Kaplan uses lawyers, private equity and private company executives to defend public company CEO pay.

That’s disingenuous. Private equity and private company executives don’t sign up for the legal or regulatory oversight that comes with raising capital from the public. Private equity and hedge fund compensation is contractual and gets paid regardless of company performance. Assets under management (AUM) are used to calculate a guaranteed minimum payout for private equity executives, regardless of portfolio performance and AUM has increased substantially since 2005.

Private company executive compensation is often driven by the personal tax or liquidity requirements of the CEO/owner. When a CEO/owner is paid a high salary and receives lavish perquisites he’d otherwise pay for personally with after-tax dollars, his company, and I do mean his company, pays less in taxes and he pays much less. He pays only the tax for such perquisites as Manhattan apartments, chauffeurs, private jet time, and tax planning advisors.

Options, a huge component of public company CEO pay and the way CEOs build big nest eggs in a buoyant stock market, don’t cost public companies anything. Options are tax deductible for top executive pay tied to performance. In addition, the Financial Accounting Standards Board doesn’t require options to be expensed for accounting purposes as long as the option exercise price equals or exceeds the share price on the grant date. Many boards don’t do the math to see how big a payday some option grants will deliver if share prices increase substantially before exercise.

Kaplan’s writing and public comments also often attempt to refute the frequent contention CEOs are not paid for performance and boards are not doing their jobs as performance monitors. Maybe we should not be surprised he feels this way, since he spends a lot of his time serving on boards both public company and not-for-profit. Kaplan says pay is tied to share performance. “Firms with CEOs in the top quintile (top 20%) of realized pay generate stock returns 60% greater than those of other firms in their industries over the previous 3 years. Firms with CEOs in the bottom quintile of realized pay underperform their industries by almost 20% in the previous 3 years.”

But that’s a circular argument. Companies with stock returns 60% greater than those of other firms in their industries over the previous 3 years are naturally, with a such a large proportion of pay tied to options, going to be led by CEOs in the top quintile (top 20%) of realized pay. If the company’s share price has been falling consistently, that options dependent CEO is going to be a big pay loser because his options will be underwater.

Kaplan also says lousy CEOs get the boot more often these days, frequently citing his 2012 study with Bernadette Minton, a professor at Ohio State University: In any given year, one out of 6 Fortune 500 CEOs lose their jobs according to their data. “This compares to one out of 10 in the 1970s.”

Kaplan opposed “Say On Pay” legislation, adopted under Dodd-Frank in 2011 that requires an advisory, non-binding shareholder vote on executive compensation every three years. He told the U.S. House Committee on Financial Services in March of 2007 that it is not needed and might actually harm the economy. In his recent paper he notes: “The positive results of the 2011 (and 2012) Say-On-Pay votes suggest a meaningful role for a competitive market for talent”.

Chicago Booth Professor Marianne Bertrand and Harvard’s Sendhil Mullainathan disagree with Kaplan that CEO pay usually correlates well with personal performance. Their research found CEOs of the largest oil companies in the United States, for example, received big rewards between 1977 and 1994 for improvements in company earnings and stock returns, even when these increases were caused by factors beyond the CEOs’ control.

In his 2012 research paper Kaplan also compares S&P 500 CEO pay in 2010 to 1993 and finds CEOs have fared roughly as well as the top baseball players, but not so well as basketball and football players over that time period. The analogy strikes me as out of the strike zone. CEOs are certainly good at swinging for the fences. A .350 batting average in baseball is considered pretty good. But few CEOs can hit a wide receiver thirty yards out and I’d like to see the one who can dunk or consistently make a three-point shot.

Professional athlete paydays are based on the supply and demand for extraordinary athletic abilities and primarily cued to individual performance measures. Some have sweeteners for team accomplishment that even superior athletes can only drive towards but not totally control.

Some CEOs may think they’re Bo Jackson but maybe they should get paid more like a utility infielder, capable of playing several positions fairly well, hitting singles and doubles consistently and blessed with an ability to avoid too many unforced errors. That seems fair and much less obnoxious.

An interview with Professor Steven Kaplan was featured in Booth’s Capital Ideas magazine in the fall of 2013. Kaplan was also interviewed, with Booth Professor Luigi Zingales, for the “Big Question” video series.

Bertrand, Marianne and Mullainathan, Sendhil, Do CEOS Set Their Own Pay? The Ones Without Principals Do (September 2000). Industrial Relations Section Working Paper No. 431; MIT Dept. of Economics Working Paper No. 00-26. Available at SSRN or http://dx.doi.org/10.2139/ssrn.223736

University of Chicago Booth Capital Ideas Magazine: Two New Articles Auditors and the Financial Crisis: Part of the Solution or Part of the Prob...
Scroll to top