Blog - Latest News
You are here: Home1 / Pure Content2 / Next Up On The “Operation Broken Gate” Agenda? Could Be PwC...

Now that the Securities and Exchange Commission and its “Operation Broken Gate” initiative has crossed KPMG’s independence violations off its to-do list, the agency can move on to the rest of the cases I’ve already identified for them.

One set of facts that should be very easy to wrap up in shiny paper with a big bow would be the potentially illegal business relationships between PwC and its audit client Thomson Reuters. I wrote about them way back in December of 2012 at Forbes and then in more detail here. 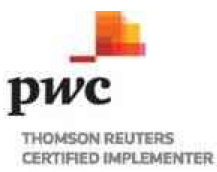 [There’s] a new business alliance between PwC China and Thomson Reuters, a PwC audit client. The three-year agreement is a license to use Thomson Reuters tax software exclusively – in an ironic twist of fate the software was originally developed by Deloitte – for client service in China. PwC UK already uses the software for its clients.

PwC US is also a “Certified Implementer” (CIP) of Thomson Reuters One Source software. The deal was signed just this past August. That means PwC consulting professionals implement Thomson Reuters for third-parties, perhaps at times in joint engagements with Thomson Reuters. Are there incentives paid? There must be a joint marketing and training arrangement at least. Oh, there is…

Through the CIP, Thomson Reuters will provide PwC US with training and technical support that PwC will use to work with clients who use Thomson Reuters software solutions in their corporate tax and accounting departments.

There is a certainly a shared benefit to teaming up to sell software and consulting services. You can agree or disagree whether such arrangements should be prohibited, but under existing rules in the UK and for US listed audit clients of the global firms, they are prohibited.

I checked and PwC is still listed is a “Certified Implementer” (CIP) of Thomson Reuters One Source tax software. In fact, the contact name for the PwC/Thomson Reuters business alliance is a partner right here in my hometown of Chicago.

(PwC and Thomson Reuters never responded to my original requests for comment via Forbes on the December 2012  report. I didn’t, therefore, check again this time but if something’s changed they can give me a holler.)

Thomson Reuters sells its software products all over the world and they are used by PwC member firms to service PwC clients in at least the US, UK and now in China. Thomson Reuters is dual listed on the New York Stock Exchange and the Toronto Stock Exchange. Thomson Reuters recently changed auditors effective with the 2012 fiscal year—from the PwC Canada firm to the PwC US firm. That may not seem like a big deal but it is. The fees, $41 million in 2012, crossed the border with no disguises or fake passports necessary.

As a result of the SEC’s recent investigation of KPMG’s independence violations, the staff is, I hope, now intimately and thoroughly reacquainted with its Final Rule: Revision of the Commission’s Auditor Independence Requirements effective February 5, 2001. The SEC put everyone on notice as a result of the recent enforcement action that the perception of auditor independence is as important, or maybe even more important, than the fact of auditor independence. That’s especially true when it comes to putting your tax professionals on the job and in the audit client’s cafeteria every day.

The SEC staff has also hopefully memorized Rule 2-01(b) of Regulation S-X (17 CFR 210.2-01.), amended under the Sarbanes-Oxley Act of 2002 to enhance auditor independence after the Enron and Arthur Andersen failures.

[Rule 2-01(b)] provides the standard used to judge a business relationship between a company and its auditor or services provided to an audit client:

For business relationships specifically, the law allows contracts between an auditor and its client only if the auditor is a consumer in the normal course of business and receives no incentives, special pricing or other advantage that other customers would not receive.

Business relationships. An accountant is not independent if, at any point during the audit and professional engagement period, the accounting firm or any covered person in the firm has any direct or material indirect business relationship with an audit client…The relationships described in this paragraph do not include a relationship in which the accounting firm or covered person in the firm provides professional services to an audit client or is a consumer in the ordinary course of business.

I mentioned in December 2012 that this is not the only business relationship between PwC and its audit client Thomson Reuters where we might suspect that money or “not in the ordinary course of business “ benefits are passing between the two. PwC also prepares a quarterly study of venture capital investment activity in the United States called Money Tree that’s co-branded with the National Venture Capital Association based on data from Thomson Reuters.

I have every confidence the SEC is knee-deep in this investigation and ready to make the enforcement announcement any day now that will warm my heart and put a grin on my face. But while they’re in the weeds, maybe they can scrutinize, just for grins, the Thomson Reuters 2012 annual report (and soon the 2013 one) for some other services PwC is performing for Thomson Reuters as its auditor.

Thomson Reuters spent a total of $40.9 million and $45.8 million with PwC US and PwC Canada in 2012 and 2011 respectively.  “All other” fess were $900,000 and  $1.1 million respectively in these years. Thomson Reuters, however, doesn’t deign to explain to us what those expenditures were for.

“Fees disclosed in the tables above under the item “all other fees” were for services other than the audit fees, audit-related fees and tax fees described above.”

I can only speculate that these fees were for some kind of forbidden consulting services of the technology type but maybe the SEC can do better than my process of elimination to get to the bottom of it.

Curiouser and curiouser still is the explanation given for the large amount of fees paid to auditor PwC for tax services, $8 million and $8.6 million in 2012 and 2011, respectively. That’s approximately 20% of the overall fee and approximately 40% of the fees for required audit services, $20.9 and $21.4 in the same years.

The magic phrase here, taken from the most generous exception to the perception of auditor independence of the 2002 Sarbanes-Oxley Act, the one for tax services that’s now standard boilerplate, is “tax compliance, tax advice and tax planning”. Using that phrase in the proxy provides cover to allowed or non-allowed tax-related services. If they’d stopped there I’d be on to something else but instead they threw in some words that reminded me of the prohibited services KPMG got tagged for:

According to the SEC’s order, KPMG provided various non-audit services – including restructuring, corporate finance, and expert services – to an affiliate of one company that was an audit client.  KPMG provided such prohibited non-audit services as bookkeeping and payroll to affiliates of another audit client.  In a separate instance, KPMG hired an individual who had recently retired from a senior position at an affiliate of an audit client.  KPMG then loaned him back to that affiliate to do the same work he had done as an employee of that affiliate, which resulted in the professional acting as a manager, employee, and advocate for the audit client.  These services were prohibited by Rule 2-01 of Regulation S-X of the Securities Exchange Act of 1934.

Using the terms “restructurings, mergers and acquisitions” to elaborate on some of the tax services PwC provided to Thomson Reuters provided comes quite close to the “restructuring, corporate finance, and expert services” terminology in the KPMG enforcement order.

The description of the audit-related fees also allude to restructuring and corporate finance activities:

These audit-related fees were for assurance and related services that are reasonably related to the performance of the audit or review of the financial statements and are not reported under the “audit fees” category above. These services included subsidiary carve-out audits, transaction due diligence, SSAE 16 engagements, advisory services, audits of various employee benefit plans and other services related to acquisitions and dispositions.

Could “other services related to acquisitions and dispositions” be valuation and appraisal, two more prohibited service categories for auditors? Add more timesheets and invoices between PwC and Thomson Reuters for the SEC to check out.

These audit fees were for professional services rendered for the audits of consolidated financial statements, reviews of interim financial statements included in periodic reports, audits related to internal control over financial reporting, and services that generally only the independent auditor can reasonably provide, such as comfort letters, statutory audits, consents, and assistance and review of documents filed with securities regulatory authorities.

These services included French translations of our financial statements, MD&A and financial information included in our prospectuses and other offering documents and other miscellaneous non-audit related services.

Translation services? Looks like the US firm threw some croissant crumbs back to the Canadians. That’s an awfully expensive way to get translated documents for your Toronto exchange listing. It also certainly gives the appearance that the auditor has more than an independent, objective and skeptical interest in management’s financial statements.

I’m hoping this investigation doesn’t take three years like the KPMG/GE one.

2011 Loeb Award Application: Blogging
Deloitte US First Female CEO; There’s More We Don’t Know
We Want You! How The Big 4 Sells To Students
Nowhere To Hide: Ernst & Young Looking At More Civil Liability For Lehman Failure
@MarketWatch: IEX Becomes an Exchange
Update: The Shoemaker’s Children… The Big Four And Their Own Broker-Dealers
5 replies