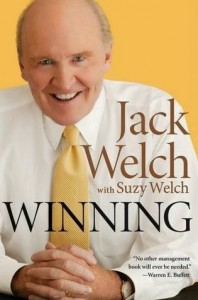 How do the audit firms keep winning the war while losing battles left and right? They use the law and the courts to delay, deter and distract from transparency by settling, and sealing what they can, before the public can find out what silly arguments they often make in their defense.

The PCAOB in its re-proposed rule, Improving Transparency Through Disclosure of Engagement Partner and Certain Other Participants in Audits, says audit firms, in particular, have expressed concerns that identification of the engagement partner puts misleading emphasis on a single individual when an audit, particularly a large multinational audit, is a group effort. Similar to audit firm concerns about disclosing audit firm tenure in the report, the auditors claim disclosure of engagement partner names could “confuse investors”.

They don’t really think much of the intelligence of public company investors, I guess.

Audits are group efforts. Large audits are performed by large teams, all over the world, and often involve multiple partners—a quality assurance partner, a tax partner, an IT audit partner, specialist partners like PwC’s broker-dealer guru Linda McGowan of MF Global fame, and “Advisory” partners who walk the halls drumming up consulting business at audit clients like Tom Flanagan, the inside trader from Deloitte.

It takes a village.

The PCAOB admits in its rule re-proposal that audit committees are so interested in the partners assigned to their engagement that they often “interview” several candidates for an engagement partner when a new engagement partner must be chosen—because a new firm has been selected or because the Sarbanes-Oxley audit partner rotation rules force the change.

Yes! Audit Committees will reject a partner or successor partner assigned by the firm because of qualifications and “personal characteristics” otherwise known as “fit”. (Noodle on that and read why I think the re-proposed naming rule falls far short of what investors want and need.)

So it’s a little odd to see PwC be so disingenuous in its comment letter about the fact that many, many people care quite a bit about individual engagement partners and know their names. PwC objects to naming the engagement partner in the audit report for benefit of the capital markets and the public for a number of reasons. In particular, PwC worries about the “unsettled nature” of the case law and what it portrays as the “elasticity” shown by some courts in interpreting the June 2011 Janus decision by the US Supreme Court.

The US Supreme Court, in its Janus decision, addressed who “makes” a statement for the purposes of Rule 10b-5. The Court held that, for purposes of Rule 10b-5, “the maker of a statement is the person or entity with ultimate authority over the statement, including its content and whether and how to communicate it.” The Court noted that “in the ordinary case, attribution within a statement or implicit from surrounding circumstances is strong evidence that a statement was made by—and only by—the party to whom it is attributed.”

PwC is worried that there’s no discussion in Janus regarding “how one should evaluate whether an individual within a single corporate entity had ultimate authority over a particular statement, including its content and whether and how to communicate it.” That is, PwC is very worried that an audit partner may be construed by an “elastic” judge as the “ultimate authority” over an audit opinion. PwC imagines that by identifying the engagement partner in the audit report future plaintiffs will be able to cite a “surrounding circumstance” indicating, in their view, the engagement partner is a “maker” of the statements in the report.

The firm envisions “complaints that allege that

The PCAOB dismisses the Janus “ultimate authority” concerns easily by leaving out the phrase “responsible for the audit” from its proposed rule since it’s not necessary to make the proposed disclosure clear.

But PwC goes on to whine in the comment letter that “the very fact of being named individually in a complaint can have serious reputational and other collateral consequences for engagement partners.“

Really? I did not know that. Thanks PwC!

The PCAOB wonders, in the re-proposal and in several speeches by board members, why audit partners think they deserve to hide behind anonymity. By comparison, other professionals such as lawyers and doctors wallow in transparency, which aids in evaluating their credentials and competence.

When stuff hits the fan it’s not too difficult for plaintiffs’ lawyers, and especially not for SEC or PCAOB lawyers, to identify the lead engagement partner or other relevant professionals and name and shame them, if they wish, at the right time.

Plaintiffs firms are wise to these fears and the auditors’ paranoia of being exposed and use the lead partner’s name and the potential for naming of the lead partner as a defendant as a bargaining chip in negotiations with the audit firm. Plaintiffs’ attorneys frequently keep lead partner’s names confidential during negotiations with the audit firm and exchange naming the partner and the firm as a defendant —even dropping an already named audit firm as a defendant —in exchange for the firm’s assistance in strengthening a case against executives and Directors. Hell, even the SEC has played with partners to get the job done.

I have already asked the question, “Who has the last word when it comes to US listings of foreign based issuers—the foreign-based engagement partner or the US firm Appendix A reviewer?” The ChinaCast case against Deloitte will hinge on this question and on the plaintiffs ability to prove the buck stops in the US. But a lead engagement partner acting unilaterally, in defiance of National Office partners and firm leadership until something blows up, happens all the time. Start your search with David Duncan and Arthur Andersen at Enron, move to KPMG at New Century and continue with the partners at the Price Waterhouse India firm during the Satyam fraud.

The PCAOB reminds us in its re-proposed standard that the engagement partner remains responsible for the audit and its performance, whether the audit firms want to admit it or not, as described by Auditing Standard No. 10. The auditor’s report is issued and signed by the audit firm but an individual negligent or corrupt partner is and always has been subject to suit, sanction, fine and ban from the profession.

Where there’s a will there is more than one way.

I’m more interested here, however, in the blatantly self-serving, two-faced rhetoric PwC employs to argue against transparency regarding engagement partner names. Partners should worry less about pitchfork-wielding plaintiffs than about their own “partners” sticking a fork in them.

Take the Centro case, one where PwC actually went to trial in Australia. I wrote about PwC’s shameful tactics back in June of 2012. Amongst other desperate moves…

“He told the judge he does not believe he did anything wrong as lead auditor, and that the mistakes were by junior staff he supervised. The fact that Mr Cougle led that team, which included university-level trainees, some who had only recently graduated, is something that will be taken into account by the judge.

But Mr Cougle has told the court he expected certain things to be done by his PwC staff, and he was disappointed to find out later that tasks they said they were doing were not carried out.

In a heated series of exchanges yesterday, Mr Cougle was asked if he conceded it was his duty to ask the company about the nature of its business and not to delegate that to underlings. He replied that it was ”a team responsibility” and it was not the role of the lead auditor to do every step of the audit.

Mr Cougle admitted he did not ask Centro if it had any bridging loans, despite receiving in August 2007 alerts from his own firm warning that, considering the volatility then rippling through US credit markets, audit teams should make further inquiries of their clients.”

The judge actually stopped the trial at one point and admonished the PwC lawyers for wasting his time. PwC finally realized the ridiculous situation it was in and settled, after 37 days of hearings, for AU$200 million, the largest ever class action settlement in Australia.

That’s more than three times what Bear Stearns shareholders collected from their auditor, Deloitte, who was accused of performing “no audit at all”.