Blog - Latest News
You are here: Home1 / The Big 4 And Consulting2 / Canceled: Why I Won’t Be Speaking At Ethics And Compliance Officers...

I was really looking forward to it. But an “ethics” organization buckled under pressure from sponsors, some of whom are also board members, to rescind their offer to me to speak because I might “insult” or “disparage” one of them from the podium.

Billed as “The Great Debate” on September 26,  The Ethics and Compliance Officer Association Annual Conference showcases two speakers on an issue of critical interest to members. This year’s topic: Does ethics training change behavior?

On August 21, the organization’s Chief Operating Officer, Tim Mazur, contacted me via email to ask if I would be willing to step in late in the game as one of the debaters. A previously committed speaker had canceled and recommended me as a substitute. “It’s a unique need but she thinks you’d be ideal for it,” he said.

I readily agreed since the topic, and the opportunity to debate the “No” position against DePaul University Professor of Business Ethics Laura Pincus-Hartman, was attractive. (You may remember Professor Pincus-Hartman and I appeared together on a segment of Chicago Tonight where this discussion started.)

The conference is in the Chicago area, so there would be minimal travel costs, but it is a for-profit conference run by a not-for-profit association. Attendees pay dearly to attend — registration for the full three-day conference, without extra workshops, costs $2,350 for non-members, $1,850 for members — and the conference solicits paid sponsors and vendor fair exhibitors.

I asked if the group had a budget for speakers. Mazur’s response was disappointing but what he offered instead was attractive enough to convince me to agree.

To answer your question, no, we don’t have a budget for paying speakers. As a nonprofit professional association, we’ve been able to attract great speakers over the years at no cost.

Let me offer, though, the following.  First, as I shared, I’m happy to pick up the cost of the room ($250) and any parking expense.  Second, while all attendees, including speakers, are required to pay to attend any part of the conference, we regularly invite a speaker to join us for the meal before, or the meal after, their presentation at no cost.  Third, as special consideration for the fact that you usually get paid, let me offer that, if there’s any part of our program you might like to attend, I’m willing to waive any charge given how generous you’re being in stepping up with only five weeks’ notice.

I’m sure that, at most or all of the conferences where you speak, speakers are permitted to attend any sessions they want for free, but we’ve learned at the ECOA that a conference of 300 people, all of whom have paid to attend, is a much better experience than one with 500 people but 200 got in for free.  That said, as I write above, we’d be pleased to welcome you to any part of the conference at no cost.

I attended a planning call on September 4 that included the moderator, Patricia Moks from PwC, Mazur, and Professor Pincus-Hartman. After discussing the format, a session title adjustment that would make it in under the wire for the program printers and other logistical issues, Mazur asked if I would stay on the call to chat a bit more. He told me he had been unaware of my “reputation in the accounting industry” when he asked me to step-in so late, but should have checked me out. I had been recommended as a “watchdog on the accounting industry” and someone who “speaks truth to power”.  Mazur asked me to promise not to disparage or insult any of the sponsors or speakers – all of the Big Four audit firms would be present. He also told me that a senior Deloitte executive would be a keynote speaker the day before our debate.

I assured Mazur that I was accustomed to speaking at “mixed” events. I accept numerous invitations to speak at  universities, professional associations of academics like the AAA, and conferences like the Society of Corporate Secretaries and Governance Professionals Annual Conference, the Compliance Week Annual Conference and IIA conferences. The Big Four firms should be used to me being around.

Two days later I received a call from Mazur informing me that “speakers” were complaining about my participation and were threatening to not attend the “Great Debate”, pull out of the conference, even cancel memberships because of my participation. The stated reason was that I am a journalist and the conference is billed as a closed session for professionals where they can air sensitive issues and concerns without fear they would be quoted or written about by media. They must not be afraid of their confidences being used to pitch to them. Those who sell to this C-list level group — lawyers, consultants and software vendors — fill more than one-third of the speaking slots and hold off-agenda workshops that charge additional admission fees. No media had previously been given access to the conference, although Gretchen Morgenson of the New York Times did speak at the conference, by Mazur’s admission, two years ago.

My suspicions were, however that the speakers who complained were also sponsors and Big Four firms. Two Big Four firms count their professionals on the board of directors, also.

How much was at stake for ECOA? At least $60,000 from just three Big Four firms, their membership dues and board participation. Here’s what it costs for the main sponsorship designation for this conference billed as… 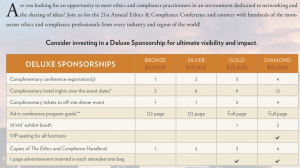 Who are the Big Four sponsors for this conference?

(Thomson Reuters, who I have also criticized for a business relationship with auditor PwC that violates auditor independence regulations, is also in for $15,000. Merck is another PwC audit client I have written about because it is under investigation in China for bribery. Merck also contributed $15,000.)

Ernst & Young contributed $10,000 towards the cause of good ethics. 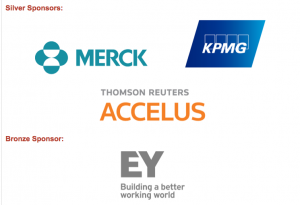 Although PwC is not listed as a major sponsor, perhaps they are taking advantage of one of the other sponsorship opportunities. Tote bags, maybe. I can’t imagine PwC got the primo spot of moderating the “Great Debate” for free. This stuff is golden! 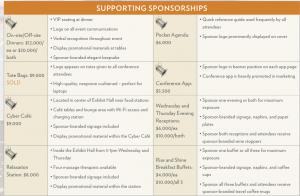 Deloitte and KPMG professionals also sit on the board of directors of this organization.

I was shocked to hear on September 6 that ECOA was dumping me from the debate dais. I offered to wait, until the following week, before writing about the incident. I told Mazur:

“Try to overcome this obstacle, one others have faced, and I will still participate.  I can limit my attendance to the debate and not attend the rest of the conference if that helps.”

I also offered again, as I had when first approached, to sign a non-disclosure agreement to assuage concerns about confidences. Finally, I suggested to Mazur that he speak to Matt Kelly, Publisher and Editor in Chief of Compliance Week about how he had overcome concerns about media and critic presence at their annual conference, one that has many of the same attendees and sponsors.

We agreed to speak the following week and I held out hope that backbones would prevail.

Instead, I got an email early on Monday morning, September 9, from Mazur.

More calls came from speakers on Friday afternoon, and I was able to secure one of our members, Bill Prachar, who is a former CEO and general counsel, to do the debate, so we’ll proceed as I regretfully described on Friday.

Again, I deeply apologize for my underestimating the speakers’ reactions.  As you suggested, I called Matt Kelly on Friday (first time I’ve ever spoken to him).  He gave me good advice on how to operate a conference that accomplishes both goals: partially open to media yet certain sessions open only to ethics/compliance officers.  Our Speaker Confirmation letters and overall process will permanently change because of the conversation with him and, more importantly, with you.

I learned a lesson, too. I agreed to do this appearance at a huge for-profit event because I thought I was doing someone a favor and I was attracted to the topic. I did not insist on a fee or the contract that would have guaranteed me recourse, such as a kill fee, under these circumstances.