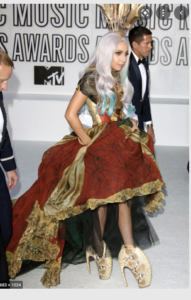 On September 11, 2011, The New York Times published, “Clawbacks Without Claws,” by Gretchen Morgenson. The article meant to highlight a lackluster enforcement record by the Securities and Exchange Commission (SEC) on executive pay “clawbacks”. Under limited circumstances, the SEC can step in and force CEOs and CFOs to repay unearned bonuses and incentives – something those executives are supposed to do voluntarily if it turns out they were paid erroneously because of an accounting error or accounting manipulation.

Section 304 of the Sarbanes-Oxley Act of 2002, which covers clawbacks, is, on its face, a strict liability provision but the SEC has been exercising “prosecutorial discretion” when applying the statute.

The Dodd-Frank Act will expand the population of those potentially liable for clawbacks and the time period used to calculate the paybacks. The new law also drops the prerequisite under Sarbanes-Oxley that there has to be misconduct before paybacks are expected.

I covered this, and other provisions of Dodd-Frank that expand, retract, or revise Sarbanes-Oxley statutes, in a recent OpEd at Boston Review.

John White, a partner with law firm Cravath, Swaine & Moore LLP and a former Director of the SEC’s Division of Corporation Finance, believes the public and the media should focus on Dodd-Frank’s new Section 954 clawback provisions, not the SEC’s enforcement record under Sarbanes-Oxley:

“Dodd-Frank is much broader than SOX 304 and it’s mandatory. All listed companies will have to have clawback policies and enforce them. No misconduct is required — just an accounting error and a restatement. All present and former officers are covered. This could have a big impact and alter how incentive compensation is structured.”

As long as there’s a mismatch between what an executive should have earned under restated financial results and what they got based on errors or fraud, Dodd-Frank says they’re supposed to give back the excess to their companies. If not, the SEC can litigate to force them to return it. Although there is no private cause of action under Section 304 – only the SEC can bring a claim – under Dodd-Frank companies or shareholders could potentially sue a present or former officer to recoup compensation based on employment contracts that stipulate compliance with new mandatory company policies and procedures.

The Sarbanes-Oxley Section 304 law is very specific, according to attorney Stephen Quinlivan of Leonard Street and Deinard:

Morgenson uses the term “clawback” in a broad, non-technical sense to cover any recovery of compensation from a public company’s executives. As written, Sarbanes-Oxley includes only a narrow statutory disgorgement provision. It applies only to a CEO and CFO, and only where there has been “misconduct” that resulted in a “restatement.”

Morgenson doesn’t mention the impact of the Dodd-Frank law on clawbacks in her piece. Her point is: The bark of Sarbanes-Oxley’s clawback provision has been much worse than its bite.

It appears Morgenson may have based her numbers on a review of the SEC initial complaints that included a Section 304 allegation, amongst many other allegations, when they started their enforcement journey. If Morgenson took the SEC’s word for what constituted a case and what did not, it’s not surprising that the regulator might have padded grim numbers with cases that are still pending or that, in the end, didn’t meet the strict Section 304 requirements.

That approach overstates the SEC’s efforts and certainly misstates their enforcement effectiveness.

It’s a long road, sometimes years, from complaint to settlement or adjudication. Only a few cases that the SEC filed with Section 304 amongst the litany of allegations have survived all the motions to dismiss and legal maneuvers from both sides. Along the way, the Section 304 allegation is often dropped.

Sometimes it’s pure expediency. The SEC wants to close the case, notch their gun and move on. A negotiated settlement is the fastest and easiest way to get some money back from the executives. Sometimes the facts don’t fit the law’s requirements. That happens when there’s no restatement, a necessary condition for taking credit for a Section 304  – or a Dodd-Frank – clawback enforcement.

Dorsey & Whitney’s Tom Gorman, who authors the blog, SEC Action, sympathizes with Morgenson. It’s not easy to verify the SEC’s record of enforcement of this statute.

The article does make a point. The SEC is inconsistent in how it applies the statute. It does not apply it in every case where it might. Nor does there seem to be any logic to how and when they apply it.

In those cases where the SEC chooses to apply the statute they seem to want the full measure of repayment as written by the statute.

For example, one key case Morgenson does not mention, SEC v. Jenkins, was the first “innocent executive” case brought under Section 304. The complaint admits the CEO was not involved in the wrongful conduct. The SEC sought recovery of bonuses and incentives from Jenkins, the CEO of CSK, but he was not the one who committed the misconduct that caused the restatement. However, the SEC’s Commissioners recently rejected a recommendation from SEC enforcement staff to settle for less than half the amount claimed in Jenkins complaint. The SEC enforcement staff was ready to settle for less than, presumably, the full Section 304 measure of repayment.

In other cases, the SEC realizes, after additional investigation and the passage of time, that the case doesn’t fit the strict requirements of Section 304. Maybe there’s no restatement or maybe misconduct can’t be easily proved. The result is a settlement and a negotiated recovery of some money from the CEO, CFO, maybe a controller, that may or may not be reimbursed to the company – it’s not always clear – and is no longer identified as a Section 304 enforcement.

Morgenson mentions the very first Section 304 case in 2007 but not by name. SEC v. McGuire was settled not litigated and the SEC considers it their first enforcement of the law.

One case that figures prominently in Morgenson’s piece is SEC v. Morrice. The original complaints filed against Morrice the CEO, the company’s CFO, and its controller included Section 304 allegations. Maybe it was hard to resist including this case in the story because it refers to the failure of New Century Financial, the second largest mortgage originator at the time. This failure was one from the “subprime crisis”, which led to the credit crisis in early 2008 and, finally, to the full blown financial crisis that was precipitated by the failure of Lehman Brothers in September of 2008.

But New Century Financial is not a Section 304 clawback case because there was never a restatement of financial results. New Century began to implode after the company announced the necessity of a restatement. But that restatement never happened. The company filed bankruptcy two months later.

Many of the early backdating cases that may be pumping up the statistics Morgenson cites are most likely the SEC’s attempt to “have their cake and eat it too”. The cases may have resulted in some type of financial recovery or disgorgement from CEOs and CFOs. But some, like SEC v. Mercury Interactive, were no longer Section 304 cases when they settled – CFO Abrams voluntarily repaid the stock option proceeds to the company.

Or the Section 304 claim was dismissed because there was no restatement, even if the SEC claimed there should have been one. That’s the point the defendant argued – and won – in SEC v. Shanahan. Or the cases are “administratively closed” pending resolution of criminal charges like SEC v. Brooks. By the time these cases get to the finish line, the SEC can drop the Section 304 claim or the entire civil case altogether.

Brooks, CEO of DHB Industries, and Schlegal, the CFO, sought indemnification for any Section 304 claims from the company. In their settlement of a shareholder’s derivative suit brought as a result of the fraud, insider trading, and accounting violations at DHB Industries, the company agreed to pay any penalties imposed by the SEC on the CEO and CFO.

A judge told DHB Industries that Section 304 did not allow that.

The SEC’s decision to pursue Section 304 relief is not solely intended to reimburse a company; it also furthers important public purposes. The Section 304 remedy is an enforcement mechanism that ensures the integrity of the financial markets… In sum, companies themselves do not have the authority effectively to exempt persons from § 304 liability.

The new Dodd-Frank “clawback” provisions are “listing standards”. That means the SEC will write rules to comply with the new law but the rules will be enforced by exchanges who must write their own rules. The exchange rules will be used by companies to develop internal policies and procedures that will address reimbursement issues as they arise.

The SEC’s most recent published schedule for Dodd-Frank rule writing says that a proposal on Dodd-Frank Section 954 clawback rules is expected by the end of the year and a final rule to exchanges by the end of the second quarter of 2012. It’s going to be even longer before companies are ready to enforce these provisions. In the meantime, companies and their lawyers are raising significant objections to them.

Dorsey & Whitney’s Gorman would like to see Dodd-Frank Section 954 applied in a manner which encourages corporate executives to strictly adhere to their duty to monitor.

The point in applying the statute should be to encourage executives to prevent wrong doing in the first instance by carefully monitoring and having “best practices” systems.

Ideally, the new Dodd-Frank provisions, and Sarbanes-Oxley Section 304 in the meantime, can and should be enforced more often and more consistently.

My analysis of the Section 304 cases mentioned in Morgenson’s piece and others of note, as of September 15, 2011, is here.

Hello? Big 4? Are You Out There? McKenna Visits North Carolina State University – Update With Text of Speech...
Scroll to top