Blog - Latest News
You are here: Home1 / Pure Content2 / This Auditor Was Duped 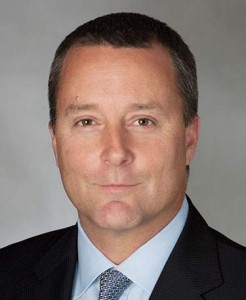 Checking the stats the other day, I noticed that someone from Cooley Godward Kronish had been looking at my posts regarding the trial of Dan Stulac, former Arthur Andersen  auditor for Peregrine.

A little while ago, they had searched on the name of the attorney for Stulac, Michael Attanasio.  This time they had searched on Stulac, looking for updates.
That prompted me to check for the status of the case.
After two hung-jury trials, a federal judge has dropped the criminal charges against a former Arthur Andersen accountant and an accounting manager who worked on Peregrine Systems’ financial statements while fraud was going on at the software company.

Mr. Attanasio: Wipe that smirk off your face.  Ok, you’re a hero…

A little background…
Daniel F. Stulac, one of the first outside auditors in the post-Enron era to go to trial against allegations of direct collusion with corrupt management. The jury announced yesterday that it was deadlocked  following the six-week trial, with six jurors voting not guilty on all charges.   Mr. Stulac faced a maximum of 30 years in prison if convicted.
Mr. Stulac, formerly a partner of the former Big 5 accounting firm Arthur Andersen LLP, was charged in October 2004 by the U.S. Attorney’s Office in San Diego with securities fraud, wire fraud and bank fraud in connection with the financial reporting of Peregrine Systems, Inc. Peregrine was a San Diego-based software company that filed for bankruptcy in 2002 after it announced that it was conducting an internal investigation of possible misstatements in previous financial reports. The investigation resulted in the resignations of Peregrine’s CEO and CFO. At the time of the indictment against Mr. Stulac and ten other defendants, the U.S. Attorney described the case as “the largest fraud in the history of the Southern District of California.”

As many of you know, I am not a big fan of the, “I was duped,” defense. As I explained it to someone recently, my cynicism is not specific to this case, but general cynicism regarding this type of defense being used by the firms.
I am sorry that it’s come to this… Auditors, the  last resort, if you’ll indulge me, using “I was duped” as a defense is  unfortunate to say the least. Duped by “smarter” corporate executives such as in KPMG and Fannie Mae, “duped” by their own partners such as in the KPMG tax shelter case, “duped” by the Russians such as in PwC and  Yukos….It’s pathetic.
Even Mr. Stulac’s 42 year old super brilliant attorney, Michael Attanasio, had to admit the double-edged sword of his defense while at the same time basking in his accomplishment:

Attanasio acknowledged that convincing the jurors of Stulac’s innocence wasn’t easy, even though the majority of both juries voted for his acquittal. “Several jurors had the impression that because my client was a CPA and because he worked for a large accounting firm at the time and he was well-educated, he should have known or must have known of the fraud given his role as an outside auditor,” Attanasio says. “It was tremendously difficult to dispel that notion in the jury selection and throughout the trial.”

Unfortunately for Mr. Stulac and the others that use this defense, their success comes with having folks realize that the auditors are not as smart as they look or should be.  Maybe that’s the price of getting off the hook, but I’m sure it’s a bitter pill for Mr. Stulac to swallow.
It’s my understanding that, although this criminal trial is over, Mr. Stulac is still defending himself against civil charges and potential sanctions by the SEC.
Let’s hope for Mr. Stulac’s sake, Mr. Attanasio can pull some more rabbits out of his hat.